The Board that guides us and is responsible for the management of the GMR Group and the organisation of its operations. 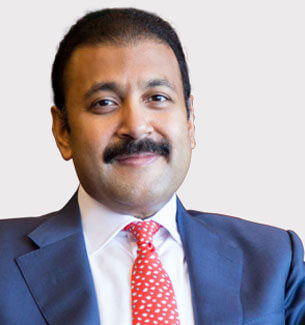 G B S Raju joined the family business, the GMR Group, in 1996 at the age of 22, and is presently the Chairman of the Airport Sector, and the Vice Chairman of GMR Airports Limited [GAL]. In addition to the Airports portfolio, he leads GMR Varalakshmi Foundation, the CSR wing of GMR Group and spearheads Information Technology & Digitalization across the Group.

He was the Chairman of the Energy Sector for over the last six years. During his stint in the Energy Sector, multiple power generation plants including transmission projects were implemented/at various development phases, with an aggregate capacity of about 7500 MW. The sector has a diversified portfolio of coal, gas, hydro, solar and wind based power projects. Raju had held multiple positions in key areas of business, such as energy, airports and highways that are vital for India to fulfil its tremendous potential and economic development. He has been instrumental in establishing GMR as a key Infrastructure player with footprints in Indian and International markets.

He is also one of the Group Directors of GMR Infrastructure Ltd, and a member of the Group Holding Board, the apex decision-making body of the Group. His proactive and personalised approach to the business combined with competitive spirit has helped towards the growth of the Group and its various businesses.

Initially, he played a crucial role in shaping the overall strategy and positioning of the organisation. He then took on the development and implementation of various projects of the Group. He pioneered the development of Power projects by setting up India’s first and the World’s largest floating barge mounted power plant – GMR Energy Ltd. He effectively steered the Group’s foray into the Roads Business by revolutionising the road development projects. Today, GMR has a balanced Highways portfolio across the length and breadth of the country and is now one of the leading road developers in the country. He, as Group CFO, also successfully led the Group through GMR Infrastructure’s maiden IPO in 2006 and certain largest QIPs & Private Equity in the years 2007, 2010 & 2011 amounting to approx USD 3 billion in the Energy and Airport sectors of the Group.

With his far sightedness and entrepreneurial skills, Raju was a key player in leading GMR’s foray into the Airport Sector and in developing the Hyderabad, Delhi and Istanbul Airports and in winning the Cebu Airport (Philippines), Mopa Greenfield Airport, Goa and most recently the Bhogapuram Greenfield Airport, Bhogapuram. The Group was guided by his strategic vision in developing international business and building projects like, Sabiha Gokcen International Airport, Istanbul and a power project in Jurong Island in Singapore. 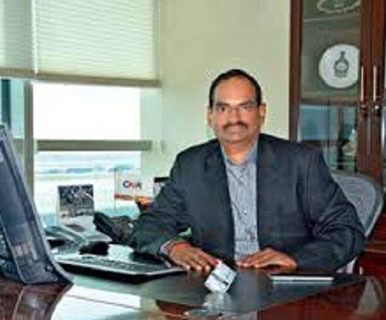 S G K Kishore is an Electronics & Communications Engineer from Andhra University with Master’s Degree in Computer Science from Indian Institute of Technology, Bombay. A Rank holder during Engineering and a Gold Medallist during Master’s, S G K Kishore has an illustrious career spanning Government and Private sector.

Joining the coveted, Indian Administrative Service in 1989, he served several senior positions in the Government including District Collector, Vice Chairman of Urban Development Authority, and Regional Head (South Zone) for Food Corporation of India. During the Tsunami of 2004, he was actively involved in Food logistics to affected island of Andaman.

In 2006, after 17 years with the Indian Government, S G K Kishore joined the GMR Group. Capitalizing on his rich experience as an Administrator, he has led the ‘Large Area Development’ project that includes two Special Investment Regions / SEZs and land-side developments of Airport. He was also instrumental in implementation and realization of efficient Multi-Modal connectivity to the New Airport at Hyderabad. 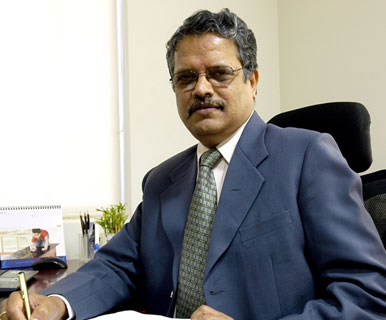 A Master of Arts in Political Science/Public Administration with a Post Graduate Diploma in Public Sector Management from Leeds University (UK), P S NAIR has over 38 years of diverse experience in the airport sector - both in the public and private domains.

He has held several senior positions such as Airport Director of Trivandrum, Mumbai and Delhi Airports, Executive Director of Cargo, Commercial and Key Infrastructure Development departments overseeing the respective functions on a pan-India basis with the Airports Authority of India, which owns and operates over 120 Airports in India. His last position in the Airports Authority of India was as fulltime Board Member (No. 2 position) - an appointment by the ‘Appointments Committee of the Cabinet’ where he was responsible for Personnel, Administration, Legal, Commercial and Land Management functions.

He has been an ex-Officio Director on the Board of Directors of Hotel Leela Venture, Radisson Hotel and a host of other JV Companies of GMR. P S NAIR has also served in several High Level Task Forces, Committees, Working Groups and Advisory Committees formed by the Government of India on various facets of Civil Aviation. He had also served as the First Chairman of the Airport Fuel Farm Joint Venture Company.

At GMR Group, he has held the position of Chief Executive Officer of GMR Hyderabad International Airport, India’s first Greenfield airport built under the Public-Private Partnership (PPP) initiative. He played an instrumental role in successful commissioning of the Hyderabad international airport ahead of schedule, under the dynamic leadership of Mr Kiran Grandhi – Business Chairman, Airports. He then moved as CEO of Delhi International Airport (P) Ltd. where he was responsible for the operation, overall management, as well as for operational readiness, integration and successful commissioning of the state-of- the-art, Terminal 3.

He is currently the CEO of the GMR Airports Ltd., - the holding company that oversees the functioning of the three Airports in the GMR’s Airport portfolio viz, Delhi & Hyderabad International Airports in India and Cebu Airport in Philippines.

Mr Nair has been nominated on the World Governing Board of Airport Council International (ACI) World, Montreal. He is also the Second Vice President from amongst the 18 Directors of the Hong Kong headquartered ACI-Asia Pacific Regional Board. Mr Nair is also an elected Vice President of the Aeronautical Society of India (AeSI), a professional body, devoted to advancement of aeronautical sciences and engineering in India. 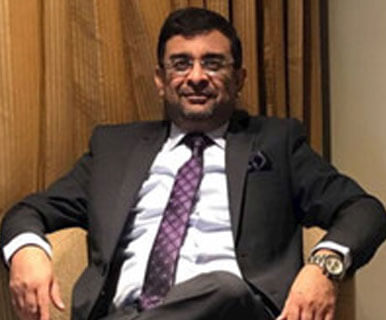 Rajesh Kumar Arora is a Cost Accountant and B.Com (H). He has more than 20 years of professional experience with a successful career and proven track record in Manufacturing and Infrastructure sectors.

He served in senior positions in Chambal Fertilizers and Chemicals and has rich experience in Corporate Finance & Accounts, Taxation etc.

Presently he is working as a Chief Financial Officer-Joint Ventures & Corporate Integration for the Airport business of GMR Group. 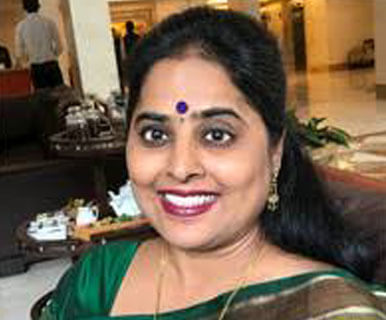 Dr. Kavitha Gudapati is a doctorate in management, specializing in Organizational Behaviour and has an MA in Psychology along with a Post Graduate diploma in counselling skills. She is an organizational psychologist having consulting experience over 10 years in India and Abroad. Her expertise lies in Career development and Counseling and Work - Life balance. She has undergone Basic Human processes lab and Advanced Human processes lab under Indian Society for Applied Behavioral Science (ISABS). She is accredited Certified Coach by Results Coaching which is recognized by the ICF (International Coach Federation). She operates in the areas of Coaching in Personal/Life, Business, Executive and Workplace.

Mr. Pradeep Panicker is the Chief Executive Officer of GMR Hyderabad International Airport Ltd. (GHIAL). Prior to taking over as CEO, he was the Dy. CEO of GHIAL since January 2018. Before joining GHIAL, he has held various portfolios at GMR Delhi International Airport including that of Executive Vice-President (EVP) & Chief Commercial Officer for Aeronautical Business. He has been with the GMR group for the last 16 years.